The expansion of land-based gaming, which has been an unrelenting force across the US for more than four decades, may be slowing but is hardly ending. Where is the expansion taking place, and how is this trend evolving?   Will more states and metro areas look to integrated resorts as their policy choices, and is that a realistic, achievable goal? 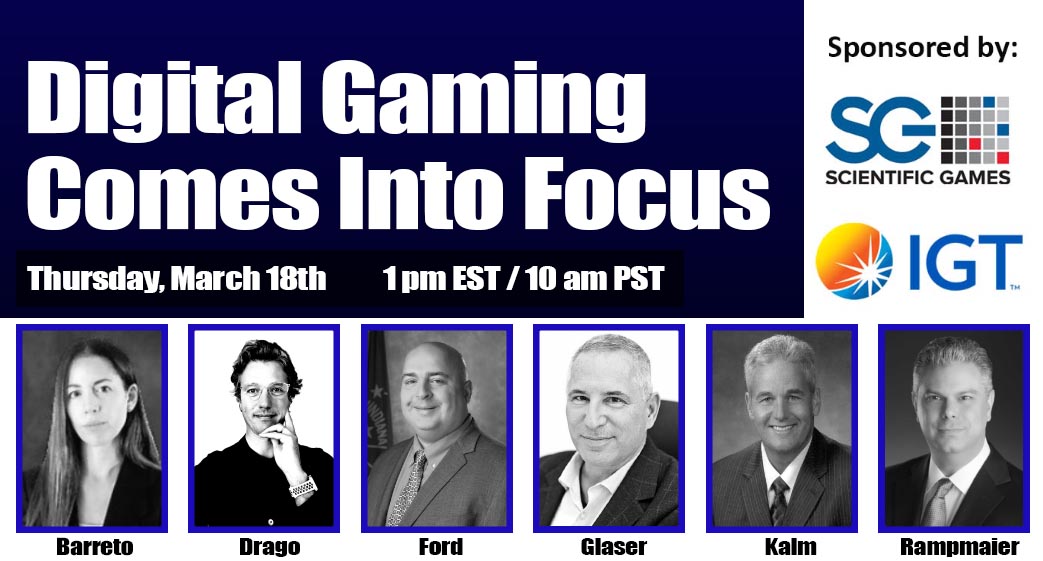 The COVID-19 pandemic, the US Supreme Court, state budget deficits and new technologies have emerged as unrelated forces that have upended traditional gaming, bringing in new participants, new players and new rules that will create new challenges and opportunities and shake up plans for states, operators and suppliers. What will this new future look like? Join us for Digital Gaming Comes into Focus and find out.

As state policymakers grapple with expected budget shortfalls and the need to fund critical government services, many will clearly consider leveraging digital gaming as a source of revenue.
With the closure of every commercial and tribal casino in the U.S. and stay-at-home orders in effect, the online channels appear to offer an important alternative to distribute gaming and lottery content in a safe and reliable manner, while generating state revenue as shown with New Jersey's iGaming experience and Pennsylvania's iLottery offering. Should states pursue this opportunity? If so, in what form and in what timeframe? What are the drawbacks and caveats to be considered?
Moderator:
Expert Panel:

The Lottery model, which has been in place in the US for more than a half-century, has worked well and generated billions of dollars for worthy causes. Our team of experts will discuss whether the current model is still the best one, as new technologies, new forms of gaming, and new demographic challenges emerge. Questions to be addressed include:

Gaming is a product of the political process, which governs everything from tax rates to the location of casinos. Policies that were established for political purposes have been in place for years, in some instances for decades. Is it time to re-think those policies? Questions to be addressed include:
Expert Panel:
September 30th, 2020

Indian gaming has evolved into a major national industry unto itself, generating more than $40 billion in gaming revenue and creating opportunities for tribal members and communities from coast to coast. How can the relationship between states and tribes evolve and improve to identify common interests and pursue common goals? Questions to be addressed include:

The growth of non-gaming revenue and the expansion of new forms of digital gaming, esports and sports betting creates new opportunities and challenges. New entrants – from restaurant chains to sports teams and beyond – are seeking their spot in the legal gaming firmament. This expansion raises new questions, including:
Moderator:
Expert Panel:

Contact us at: National Council of Legislators of Gaming States